The Metropolis International four-member leadership team is located across Europe, North America, and New Zealand, acting on behalf of the International Steering Committee (ISC) [see details on ISC lower on this page], the governance body of the network, to manage ongoing activities and to initiate new actions (e.g. annual international conferences, seminars, workshops, regional events, policy roundtables etc.). It assumes the lead for establishing strategic directions and for developing its communications and management infrastructure, including assessing regularly the network’s structure, modus operandi, and recommending improvements.

Support in the area of activities comes from the ISC members, who partner with relevant stakeholders across the world to take various initiatives in their jurisdictions, advancing the network’s mandate to bridge the research, policy, practice, and business sectors in migration, integration / inclusion, and diversity.

Metropolis Asia, Metropolis Europe, and Metropolis North America are our regional chapters, offering a platform for members and interested professionals to lead such activities.
The International Steering Committee (ISC) is the principal decision-making body. It meets annually, twice in-person and several times online, taking major policy decisions by consensus, wherever possible, and by membership vote where necessary. The ISC sanctions the overall strategic directions of the network and advises the leadership team and the annual conference organizers on their work programs. The ISC is not responsible for day-to-day operational decisions, but delegates these to the leadership team while making themselves available for consultations, as needed.

The ISC includes institutional and individual members from twenty-eight countries across North America, Europe, Asia-Pacific, Africa, and Latin America, and from international organizations in the field of migration. They represent the research, policy, and practice sectors, contributing cross-sectoral expertise and national, regional, and international perspectives in the overall governance of the network and its activities. An effort is currently made to establish collaborations with business leaders and to have the business sector included in the ISC, given the key role it plays in the field of migration and integration / inclusion.

Chairs emeriti.The ISC wishes to thank all past Co-Chairs of the network and dedicated members for their leadership and major contributions to its foundation and development, and for the support they garnered for the advancement of landmark projects along the years that put cross-sectoral partnerships and dialogue at the forefront of migration, integration / inclusion, and diversity governance around the world.

Jan Rath is a Professor of Urban Sociology in the Department of Sociology of the University of Amsterdam (UvA), The Netherlands, and a Researcher at the Center for Urban Studies and the Institute for Migration and Ethnic Studies (IMES) in the same university. He is also associated with the Migration Research Center (MiReKoc) at Koç University, Istanbul, where is serves as one of the managing editors of International Migration. He has done research on a variety of topics in the sphere of migration, cities and diversity in an internationally comparative perspective. For details, go to www.janrath.com.

He has been appointed to Prof. J.A.A. van Doorn Chair at the Erasmus University Rotterdam (EUR) in the academic year 2021/2022. In the same period, he will serve as the Van Doorn Fellow at the Netherlands Institute for Advanced Study in the Humanities and Social Sciences (NIAS), one of the institutes of the Royal Netherlands Academy of Arts and Sciences (KNAW). He has been an advisor of a wide array of local, national and supranational governmental organizations and civic society institutions, including the European Commission (c.q. DG Enterprise and Industry and DG Science, Research and Development), the OECD, the OSCE, and the United Nations (notably the IOM, UNHCR, UNCTAD, and the Population Division).

He has been an active participant in Metropolis International since the late 1990s. In 2007, he joined the International Steering Committee and two years later he was elected to one of its Co-Chairs. With the change in directorship in 2018, he has assumed a collaborative leadership role with Paul Spoonley, working to transition Metropolis International into a new governance structure, a new way of interfacing with its stakeholders, and a new program of activities. 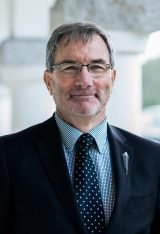 Distinguished Professor Paul Spoonley was, until recently, the Pro Vice-Chancellor of the College of Humanities and Social Sciences, at Massey University, New Zealand. He is the author or editor of 27 books, the most recent being Rebooting the Regions (2016) while his book The “New” New Zealand. Facing Demographic Disruption was published in August 2020. He is also writing a book on the extreme right in this country. He is a Programme Leader of a research programme on the impacts of immigration and diversity on Aotearoa (MBIE, 2014-2021, $6 million).

He was made a Fellow of the Royal Society of New Zealand in 2011 and was granted the title of Distinguished Professor by Massey University in 2013. He was awarded the Science and Technology Medal by the Royal Society in 2009, he was a Fulbright Senior Scholar at the University of California Berkeley in 2010, and since 2013, he has been a Visiting Researcher at the Max Planck Institute for the Study of Religious and Ethnic Diversity in Göttingen, Germany, most recently in 2019. The Auckland War Memorial Museum made him a Fellow in 2015. He is member of the Marsden Fund Council, and a Senior Affiliate of Koi Tū : The Centre for Informed Futures.

He has been a long time participant in the international Metropolis network and in 2018 became, along with Jan Rath, the Co-Chair of the network, focusing on strategic development, particularly in the Asia-Pacific area. 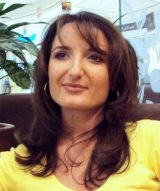 Mihaela Vieru teaches in the School of Indigenous & Canadian Studies and in the Department of Geography at Carleton University, Canada, while completing her doctorate in Canadian Studies with a concentration in Political Economy at the same institution (ABD). Her professional profile includes interdisciplinary expertise on migration, diversity, security, citizenship, and education, acquired in over ten years of public policy analysis, research, and consulting in the academic, policy, and not-for-profit sectors. Her primary area of inquiry lies at the intersection of mobility and diversity governance in international comparative context, focusing on matters of national security policy convergence, integration, and multiculturalism.

Following her professional commitment to bridge academic knowledge with public policy and practice, she has contributed strategic planning, programming, stakeholder & member engagement, professional development and event management across sectors, most recently with Immigration, Refugees and Citizenship Canada, the Federation for the Humanities and Social Sciences, the World Bank, and the Canadian Association of Second Language Teachers.

She joined the Metropolis International leadership team in 2012, working closely with past and current Co-Chairs on strategizing the network and with the Communications Manager on public relations, communications, and branding. She manages the International Steering Committee and its members, and focuses on promoting and growing international engagement and cooperation in support of strategic development and operational priorities. 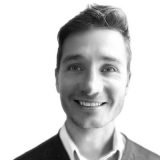 Richard Girling is a political sociologist in the final year of his PhD trajectory at the University of Amsterdam where he has been researching the phenomenon of migrant entrepreneurship. He holds a First Class Honours degree from the University of Durham, UK, and a Masters degree from the University of Wroclaw, Poland. As a migrant entrepreneur himself, he is the CEO and Founder of his own international digital agency which employs 10 people and services over 100 clients across the US and Europe. With a strong passion for meaningful change, Richard holds positions at several not-for-profit organizations, including the Helsinki Foundation for Human Rights. He is also the former Executive Director of Literacy Alberni Society, an NGO within the migration and education sector in British Columbia, Canada.

With the Metropolis International team, he is in charge of communications, marketing, branding, and media relations, including engaging closely with partners to manage social media and communications outputs for common projects.

This website uses cookies to improve your experience while you navigate through the website. Out of these, the cookies that are categorized as necessary are stored on your browser as they are essential for the working of basic functionalities of the website. We also use third-party cookies that help us analyze and understand how you use this website. These cookies will be stored in your browser only with your consent. You also have the option to opt-out of these cookies. But opting out of some of these cookies may affect your browsing experience.
Necessary Always Enabled
Necessary cookies are absolutely essential for the website to function properly. These cookies ensure basic functionalities and security features of the website, anonymously.
Functional
Functional cookies help to perform certain functionalities like sharing the content of the website on social media platforms, collect feedbacks, and other third-party features.
Performance
Performance cookies are used to understand and analyze the key performance indexes of the website which helps in delivering a better user experience for the visitors.
Analytics
Analytical cookies are used to understand how visitors interact with the website. These cookies help provide information on metrics the number of visitors, bounce rate, traffic source, etc.
Advertisement
Advertisement cookies are used to provide visitors with relevant ads and marketing campaigns. These cookies track visitors across websites and collect information to provide customized ads.
Others
Other uncategorized cookies are those that are being analyzed and have not been classified into a category as yet.
SAVE & ACCEPT